BERTRAND RUSSELL, WHY I AM NOT A CHRISTIAN (BOOK REPORT 16)

Bertrand Russell, Why I am not a Christian and other Essays on Religion and Related Subjects (London: George Allen & Unwin Ltd., 1957), 225 pp. 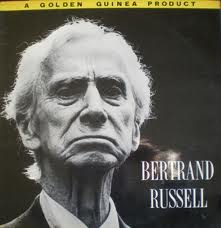 Bertrand Russell’s Why I am not a Christian is not as intellectually forceful as I expected it to be. The essay is just a tiny trifling caricature of Christianity, apologetics, and the teachings of Christ. The sweeping statements that are made in there are not shown to be true by any historical testimony or statistic whatsoever. This tells us, either that Russell is ignorant of the facts, or that he hopes his readers are ignorant enough or willing enough to believe him regardless.

It is very doubtful that millions of women have been burnt upon suspicion of witchcraft, even by the Roman Church. And it is absolutely untrue that organized churches have consistently opposed: every improvement in criminal law, diminution of war, better treatment of colored races, mitigation of slavery, and “every moral progress that there has been in the world” (p. 15.) Such wild accusations issue from an angry protester, not a thoughtful, informed philosopher. Organized churches have opposed every moral progress? Who but an anti-religious zealot will believe this? And then, Russell’s interpretations of Christ’s teachings are no more accurate than what he claims is historical. Does the fact that Jesus preached about wailing and gnashing of teeth mean that he took pleasure in contemplating the end of the wicked? (p. 13.) Is it not a witness to Russell’s refusal to see himself as a guilty sinner that warnings of judgment are interpreted by him as the sadistic longings of a fanatic? The reason why Russell lampoons the whole Christian position comes down to his unwillingness to admit the biblical account regarding sin. He conveniently overlooks the fall of man in his assessment of the theist’s argument from design, and thus depicts the Christian’s God as a being who has been so far unable, even with all his omnipotence and omniscience, to produce in millions of years something more desirable than the Ku-Klux-Klan or the Fascists (pp. 6, 7.) And it is by overlooking the sin issue that he identifies the Christian as one who just believes a certain degree of dogma (p.2), rather than as one (not without dogma) who has turned from an unworthy life to trust in Christ. Russell’s misunderstanding of what a Christian is could be rectified by a Sunday school’s lesson on the fact and nature of sin. It seems obvious that his refusal to acknowledge sin is because of his desire to have sins, especially sexual sins like fornication and adultery, accepted by society as behavioral norms (pp. 55, 126.) One gets the impression, even from reading this little of what he has written, that Russell’s lust determines much of what he will believe as true. His complaint that sex ought not to be considered wicked anymore (p. 122) is an overstatement on the prudish factions that have called themselves Christian, calculated to elicit a knee-jerk acceptance of his immoral propositions. His essay, On Sexual Ethics, is a pontification on a matter he seems to have little knowledge of; there is no ground at all in there for the choices he would have society make. If bad desires are simplistically defined as whatever thwarts the desire of another (p. 61), then would that not be a bad desire to want to thwart the rapist’s desire to rape?

What makes these essays frustrating is not only Russell’s ignorance of what constitutes a Christian, but his misidentification of Christianity. Protestants and Catholics are often blurred when it suits Russell’s purpose to confuse; and then they are separated when it suits his purpose to do that. His position that ‘all the great religions of the world’ are ‘both untrue and harmful’ (Preface) arises from, I think, a settled dislike of moral codes that demand from men lifestyles of decency. Notwithstanding an unfriendly judgment of the man, it must be granted that some of his opinions are correct. It has ‘come about in time’ that women have gained sexual freedom [license] by the fadeout of the father figure and by their own financial independence (p. 126.) And it is coming to pass that the State is taking over the duties that have before fallen upon fathers, and that marriage is no longer customary (p. 132.) Russell predicted these things in 1936, and is partly responsible for their fulfillment. Let us not underestimate the influence an illogical intellectual can wreak when his purpose is to open a way for eager sinners to shamelessly quench their carnal appetites.

But Russell is not always illogical. He recognizes that since religions disagree, only one of them can be true (Preface.) And some of his observations are worth a look: Christians have been made ashamed of many of their traditional beliefs (p. 28); “the primary purpose of the State is clearly security against both internal criminals and external enemies” (p. 32); “persecution of opinion has an admirable effect upon literary style” (p. 90); a mixed up notion of sex may be due to its concern with our passions (p. 124.) All true. On the whole, though, these essays are frail (though influential.) And I think Russell embarrassingly fails in his piece called, Nice People, to give us a satire clever enough to be enjoyed. He is not, like Joseph Addison or E. B. White, an accomplished essayist.

I was happy to discover that two of the longer portions in this collection are among the best and most interesting. The transcript of the oral debate between Russell and Copleston (a Roman Catholic theologian, I think) on the existence of God is a brilliant attempt by the latter to convince an evasive hardened agnostic of the reality of something (Someone) to which philosophic probability naturally points. Russell’s weaknesses are more transparent in this debate than they are anywhere else. To irrefutable arguments proving beyond reasonable doubt, the existence of God, he glibly responds like so: “I do think the notion of the world having an explanation is a mistake” (p. 154.) What kind of rebuttal is that? It is no rebuttal at all, just denial. The other article of moment is an Appendix by Paul Edwards on the reasons why Bertrand Russell was prevented from teaching at in . By copious entries of what was said during this controversy, Edwards radically undermines his thirty-nine page defense of Russell. The following resolution that Senator Phelps introduced in the Legislature gives the nucleus of what the quarrel was about, “An advocate of barnyard morality is an unfit person to hold an important post in the educational system of our State at the expense of the tax-payers” (p. 189.) The judge agreed, though his ruling was not as colorfully put. The shiniest diamond in the rough, though, is lawyer Goldstein’s concise judgment of Russell’s philosophy (pp. 190, 191.) De Tocqueville’s Democracy in America recommends itself by the extracts culled by Russell.

On the whole, this is inferior philosophy bitterly communicated. These unsubstantial essays from a secular worldview contain much illogical thought, communicated with average ability, offered up in a spirit of hatred. It is a useful volume to read, however, for the sake of understanding the psyche of some hardened unbelievers, and because there is a debate included and a context supplied.

Content: B (Unsubstantial essays from a secular worldview.)
Style: B (A tangle of illogical thought and okay sentences.)
Tone: B (Too much hatred too commonly articulated.)
Grading Table: A: a keeper: reread it; promote it; share it.
B: an average book: let it go.
C: read only if you have to.
Posted by The Analyst at 6:03 PM