Confirming the Witness of Christ

“Even as the testimony of Christ was confirmed in you” (1 Corinthians 1.6.)

Introduction. The most gifted church is not always the healthiest. The Corinthian church was first-class. But it was one of the worst in all . Gifts are no good, even evil, unless consecrated to the service of God. He who buries his ten talents may expect to be given over to the tormentor. We must judge men, not by their talents, but by the use they make of them. Some Corinthians could work miracles. Now the church needs no such support. Therefore God has left us without extraordinary gifts. But we must use the gifts we have to confirm the testimony of Christ Jesus.

(1) The Testimony of Christ Jesus. That this world is fallen is the first truth in theology. God might justly have left the world to perish. But being full of mercy, he determined to send the Mediator to restore it, and save the elect of God. Beginning with Abel, God sent forth a priesthood of testifiers. Enoch walked with God, Moses climbed the steep sides of Sinai. During the times of the judges and kings, truth ran in a shallow stream. Next came a Nathan or Elijah, then the eloquent Isaiah and the soaring Ezekiel. Behind these came the minor prophets. God might deluge the world with water. But never would he extinguish the flame of testimony. The stream of man’s wickedness and of time may be crossed by stepping-stones of testimony, from Noah to Abraham to Moses, and so on. The last stepping-stone is Jesus Christ. John speaks of Christ as ‘the faithful witness’ (Revelation 1.5.) Now, then, I am not dishonoring my Master by calling him a ‘witness.’ He is the last witness, the greatest witness. Christ witnesses directly for himself. Jeremiah and Daniel spake only what God had revealed to them. Christ’s testimony was uniform. We cannot say that of any other, whether Noah, David, or Abraham. These were certainly good testifiers. But sin has left a plague-spot upon them all. Sin never contradicted Christ’s testimony. Further, Christ’s testimony was perfectly full. Other men gave testimony to parts of truth. There was more of God revealed by Christ than in the works of creation and in all the prophets. He testified to all God’s attributes: to God’s mercy by healing the lame; to his power by stilling the wind; to his justice by languishing on Cavalry. I bless God that there are so many denominations. We have different men to defend different kinds of truths. Christ defended and preached all. And mark, Christ’s testimony was final. He said finis to the canon of revelation. All who come after him are confirmers of his testimony.

(2) The Testimony of Christ is to be Confirmed in You. The best confirmation of gospel truth is inside the Christian. I love ‘Paley’s Evidences.’ But I never need them for my own use. The witness inside me defies all infidelity. Says John Newton, life is too short to be spent reading contradictions of my religion. O, says the Christian, do not tell me there is no power in religion, for I have felt it. Otherwise, I would never have changed. Sometimes persons come asking me to confirm the truth outside of them. I cannot do that. I want them to have the truth confirmed in them. Try religion yourself, and you will see its power. O, it is a blessed thing to trust in the Lord. It is also our business to so live that we might be the means of confirming the truth in others. Wicked men do not read the Bible; they read Christians. With a careful eye they watch how they live. O, may you have grace to live in such a way that the world will find no fault in you.

Selection from Conclusion. “Now, my friends, to close…If you can die without fear, or repining, or remorse, knowing that you are forgiven—if you can die with the song of victory on your lips, and with the smile of joy upon your countenance, then you will confirm the witness of Christ.” 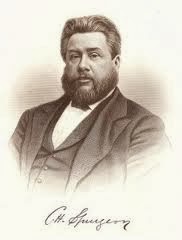