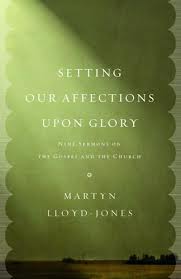 Up until 2013, these sermons from 1969 were not available except to those who had bought recordings of them in the day. Thanks to John Schultz, they are now available to all. In the first sermon, Lloyd-Jones maintains that the acid test of a Christian’s profession of faith is how he faces imminent death or reacts to tragedy. He preached that sermon in while Hurricane Camille was threatening. The hurricane leaned west and landed in .

These sermons are textual rather than expository. This was not Lloyd-Jones’ usual practice. Maybe it is on account of this uncharacteristic method that more quotes and anecdotes occur in these sermons than usually. To be refreshed so often by these helps is a pleasant surprise.

All of the sermons in this series deserve to be published. Five out of the nine are as good as anything else that I’ve read from this great Bible teacher. In The Acid Test, we are bade to consider what ‘the test of tests’ may be of our Christian profession. Orthodoxy is necessary, but one might be orthodox and yet spiritually dead. Morality is essential, but many men and women who are not Christians are highly moral. Experience is essential, but many cultists have great experiences too. “How do you feel when you are face-to-face with the ultimate, the end” (p. 16.) This is the acid test. If you have not faced death or never had to deal with great loss, you do not know if you’d pass the acid test. But you can test yourself like so: “Do you want more entertainment and less preaching?” (p. 59.) Assuming that your pastor is really preaching: whether you desire further instruction or not about ‘the message of the cross’ (p. 60) may be a useful sign. In What is the Church? Lloyd-Jones is more fiery than anywhere else that I’ve encountered him. This modern travesty of uniting in fellowship without first agreeing doctrinally really irked the man because the resulting ‘carnal fellowship’ (p. 56) destroys ‘the life and well-being of the church’ (p. 57.) In this sermon, the creeds are easily proven necessary, and the ecumenical push is forcefully pushed back. The pillars of Christian doctrine are not vague and indefinite (p. 61.) The need of doctrine is a prominent proposition in this man’s writings. “You cannot get away from doctrine. If you do not know the truth about the Lord, you are not a Christian, my friend” (p. 118.) In Evangelism: a very Modern Problem, he deals with modern innovations one after the other and shows how unbiblical they are. For instance, the modern argument is that if we put the Bible into simple non-theological language, the message will be believed. “Well, they did not understand the terms in Thessalonica either” (p. 108.) But many there became such followers that the word spread out from them far and wide through very difficult terrain, like wildfire (pp. 108-111.) In the next sermon, Lloyd-Jones shows, from the life of Moses, what the steps to revival are. Highway to Revival is useful, not only for showing this, but for proving how accurate the Mosaic account must be, since all revivals subsequent to this one in Exodus evince the same pattern: people stand in the gap to intercede, they separate themselves in some way from the rest of the assembly, they insist on the presence of God (even after angelic assistance is promised), and they don’t even stop at that, but push on for a personal taste of God’s glory. This sermon is the most encouraging of the nine. It contains a good summary of revival history too. And there is a conspicuous detail that emerges from the account of Moses being blessed with a show of God’s glory: Before God gives it, he asserts his will respecting sovereignty and election. That is very interesting in light of the present feeble state of our churches, for these doctrines, maybe more than any others, are neglected or even hated by pastors and churchgoers generally. The , the last sermon out of the best five, is profound preaching on the necessity of narrowness, on the glory of it, and on the glory it leads to. If you are ashamed of being called narrow-minded, consider that the narrowness that you are so ashamed of is what Jesus Christ “exults in and puts on the flag of his kingdom: the ‘strait gate,’ ‘the narrow way’” (p. 148.) Lloyd-Jones uses, to good effect, a fable from Aesop to demonstrate the peril of being broadminded (p. 146.) But the greatest part of the sermon, the most helpful part, and the greatest part of this great book, is when he takes us point by point, from the birth in Bethlehem to all the further narrowing that led to the narrow way on the cross. Narrowing leads to death and glory. The broad way leads to destruction. It is best to be narrow like the Master.

There is almost nothing to fault in these sermons. Higher Criticism did not begin in the 1930’s (p. 80), but in the late 1700’s. If that’s about all one can find fault with, then has the preacher not proven himself worthy? Martyn Lloyd-Jones was a great worthy in an age when worthies were singularly scarce. No writings from the latter half of the 20th century deserve to be read more than his. This man was the best in his field in his day. And what field of study is more important than the knowledge of God applied to the problems that modernity is throwing our way?

How relevant is Lloyd-Jones’ material from the 1960’s? Just consider the national or international days of prayer that people get all worked up about as if those efforts will do any good. Consider those events in light of the disparity of belief among the supplicants who participate. You cannot really pray “without the doctrines of the incarnation, the life of perfect obedience, the atoning substitution, the sacrificial death, the literal resurrection, the ascension, the heavenly session” (p. 169.) What good is unbiblical unity then? What good is ecumenical prayer then? What good is interfaith worship? Unity at the expense of doctrine is a partnership that God will never respond to favorably.

The Christian faith is supposed to look down upon the world from which a ‘whole view of life’ may be observed (p. 23.) That is what these sermons do. They give us a bird’s eye view of ‘the petty problems of life’ that shouldn’t be allowed to conquer. How do great afflictions work in your favor? “They drive you to this glory” (p. 26.) I have read about a dozen volumes of Martyn Lloyd-Jones’ writings. Not one of those volumes is less than excellent. But Setting our Affections upon Glory has more help in it for bewildered Christians than any of these others. The title, whether chosen by the author or the editor, is the perfect moniker for these nine sermons, for the setting of our affections upon glory is the main remedy prescribed by the doctor ‘when sorrows like sea billows roll’ (Mr. Spafford, p. 21.)

Content: A (Essential sermons for confused Christians.)
Style:  A (Fully developed propositions easily understood.)
Tone:  A (The voice of one who knows his subject intimately.)