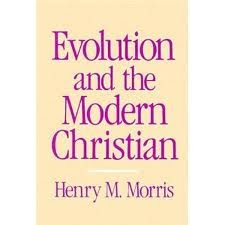 Scientist Henry M. Morris, Ph.D., does not subscribe to theistic evolution, progressive creation, the day-age theory, or the gap theory (the supposed time gap between Genesis 1.1 and 1.2.) “We have acknowledged that most scientists believe in evolution, but that is not at all the same as saying that science teaches evolution…Science…means knowledge—not theories, opinions, beliefs, or philosophies, but actual, verified, factual, certain knowledge—the organized body of observed data and experimentally verified processes and their relationships” (p. 41.) Now that’s definition!—clinical definition. Lots of exactness in Evolution and the Modern Christian. “Why are there many varieties of dogs and many varieties of cats, but no animals intermediate between cats and dogs?” (p. 23.) The observed data show that there are gaps that evolution cannot account for. How come there are no intermediates? “All the ‘information’ for the development of each particular organism was already ‘encoded’ in the D.N.A. of its parent. They must reproduce ‘after their kinds’” (p. 25.) “New varieties can be established, but not new kinds” (p. 26.) Mutations happen. Can an accumulation of favorable mutations not be the bridge between kinds? “Even evolutionary geneticists readily acknowledge that at least 99.9 per cent of all observed mutations are harmful [to themselves]” (p. 28.) What we observe in biology today is in line with what we observe in history in the geological column. In there, “still no organisms intermediate between the protozoa and metazoa, between the dog and the cat, between the horse and elephant…There are literally an innumerable host of ‘missing links’ in the record” (p.33.) There are great gaps between all the basic kinds. That may be the simplest way to show the want of evolution: in the gaps.
Mr. Morris goes on to point us to the evidence of catastrophe in the column, which is the only reasonable answer to why fossils exist to be examined. “Rapid burial is necessary if a fossil is to be formed; otherwise the organism would quickly disappear because of scavengers or decay” (p. 38.) Historical sources, biblical and otherwise, point us to the catastrophic flood, which the Apostle Peter and Jesus Christ affirmed (p. 39.) In short, the various data direct us to the biblical record of creation, not to evolution. Other probabilities for creation include those two basic Laws of thermodynamics, of conservation and entropy. These laws point to Genesis. The theory of evolution persists in the face of so much evidence against it because the only real alternative is this creation account, and what that implies. “It is true that most scientists reject Biblical Christianity—just as do most lawyers and most plumbers and most ditch-diggers. This is not because of their science but because of…the demands of the Word of God” (p. 41.) Here is why the question of evolution is vital to the Christian: “One cannot legitimately question the historicity of the creation record without questioning the judgment or veracity of the Apostles or of Christ Himself” (p. 57.)
Content: A (An honest look at the data.)
Style: A (A good summary of the problem.)
Tone: A (A bold spokesman for the solution.)